We founded the Campaign for Free Speech because we believe free speech and a free press is under attack — in our culture, in our courts, in Congress, and even in the White House.

There are already laws in place, time-tested, that hold newspapers and television stations and other news outlets accountable. If you publish false and defamatory information, you should be held accountable.

But what we don’t want to do is have the government decide what is quote-unquote, “fake news.” Much of what they claim to be fake news is 100% supportable.

In our culture, were seeing a lot of demand to ban hate speech. We certainly do not condone hate speech, we are very much against it. But what we fear is that somebody’s definition of hate speech will be banned, and other types of hate speech, not banned. We feel that the proper response to hate speech or offensive speech, is more speech.

What we don’t want to have happen is have the government put people in jail for speech that is offensive to others. We want to be strictly non-partisan and really narrow our focus on two areas: Free Speech and Free Press, and why these protections offered by the First Amendment are so crucial to our democracy.

During the Police Brutality Demonstrations, Officers and Protesters Alike Target the News Media 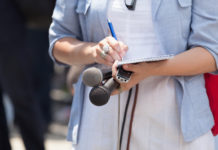 The Global Implications of the Coronavirus Pandemic on a Free Press 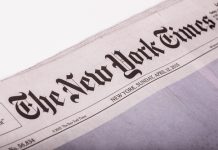 Campaign for Free Speech stands as a vehicle to reinvigorate the nation’s understanding of free speech and freedom of the press.